As one of the favorite rides in Disney World says “Times are a Changin!.” (the carousel of time in Magic Kingdom).  The local and national announcements from some major retailers have brought about some things to be on the watch for. Radio Shack has started the closing process of its stores. While we the Landlord and ECCRE as broker for the property, have been watching the situation for quite some time the recent closing of the location at University Centre located at 352 South College Road is none-the-less not a happy moment for us. The 2,200 square foot store is in a unique location in the center and is a great opportunity for the next tenant. 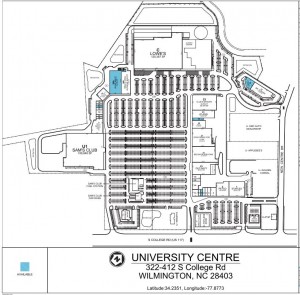 This is going to be a national trend for the Radio Shack stores and we are not going to be the only landlord to face it here in Wilmington, and through the Eastern Part of North Carolina. Radio Shack will most likely be riding out their current leases and not renewing them or going to month to month as the case maybe, but Landlords will be getting these spaces back. Now is the time to plan for it.

The other major item of concern for Landlords in our region will be facing in the not to distance future is the information discussed in this article from Bloomberg News on the potential Office Depot Acquisition by Staples. The interesting thing here is that Office Depot had just acquired Office Max last year in order to try and become more competitive. That did not happen and now we are faced with what potentially may be a monopoly. Staples has two locations here in Wilmington and Office Depot/ Office Max have two units as well, so that would place 4 units in total. Which Landlords are going to loose out? The current thought process would suggest that the leases with the shortest remaining term may be what drives the local store closure if the merger occurs.

At ECCRE we believe in “Real Estate Solutions in Real Time.”