ECCRE Brokers Lead the Way – Two Place in the top 15 of Regional MLS.

Nicholas was ranked #1 and Garry was Ranked #8 in the top 15 of the Commercial Brokers in Wilmington on Deals Recorded in the North Carolina Commercial MLS. 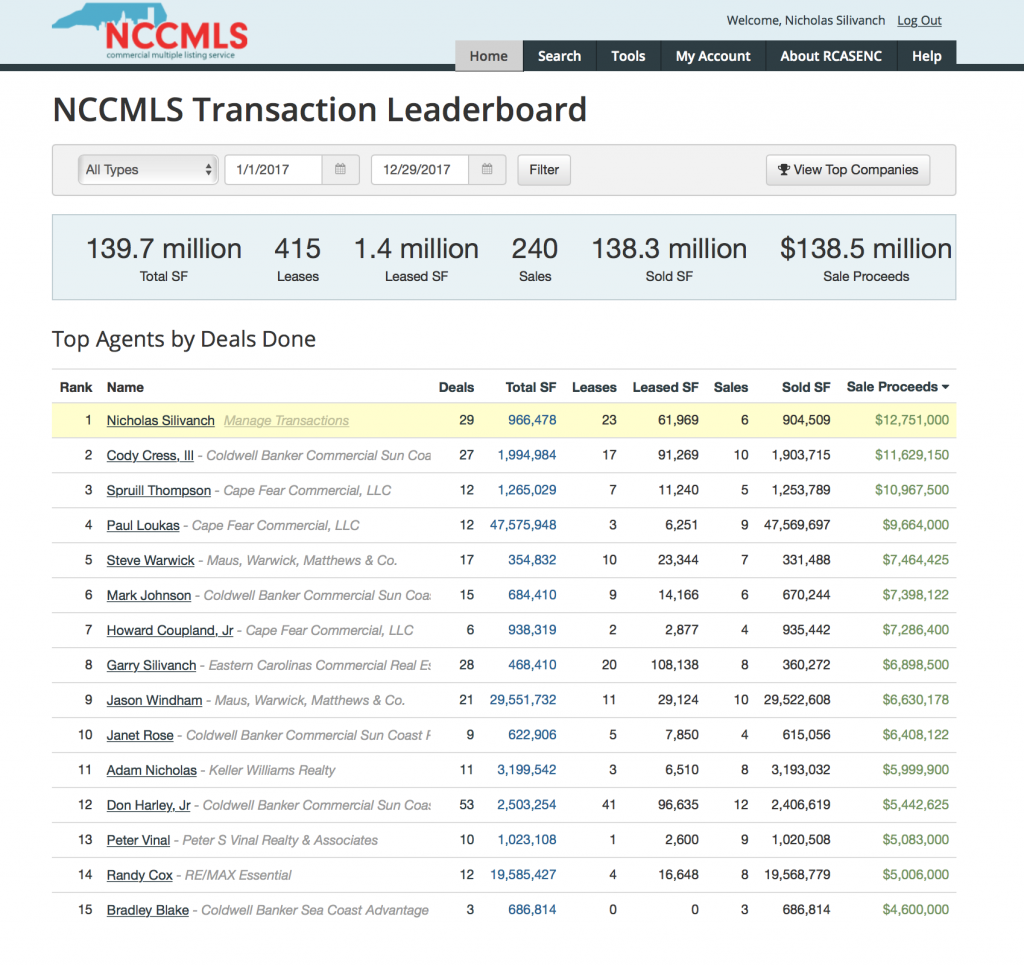